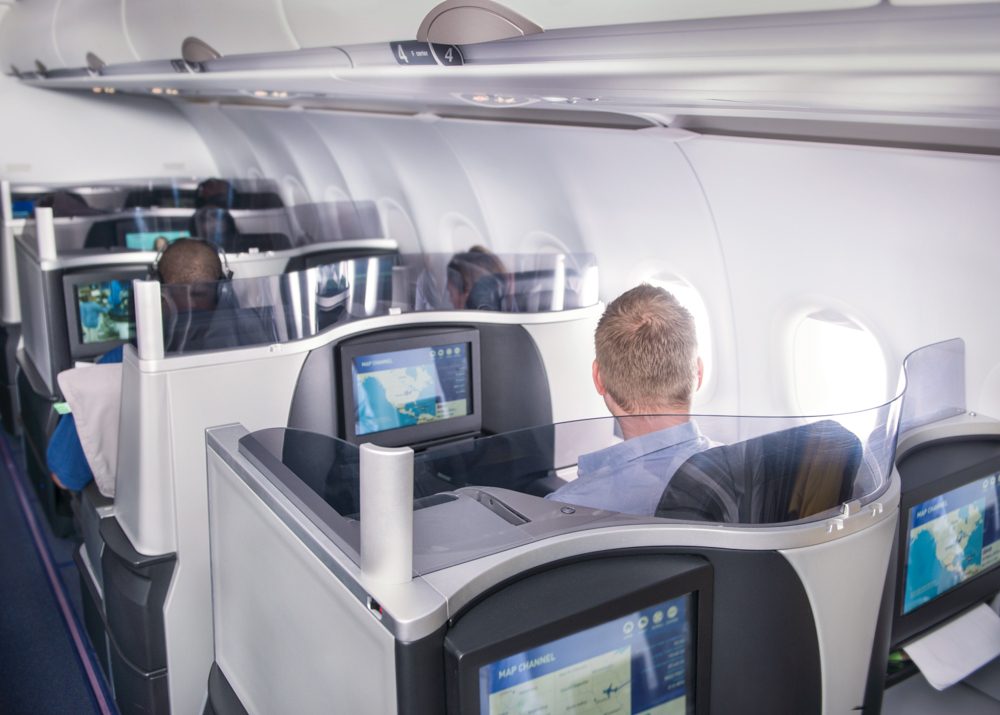 Last week the airline flew its inaugural flight between JFK and Guadeloupe’s Pointe-à-Pitre International Airport (PTP), making it the only flight between the US northeast and the French Overseas Territory. 4.5 hours from New York by air, Guadeloupe is an archipelago of five main islands: Basse-Terre, Grande-Terre, Le Désirade, Les Saintes, Marie Galante and a multitude of islands and inlets. Flights via Airbus A320 will operate on a winter seasonal schedule with service on Saturdays, Mondays and Wednesdays.

“We are delighted we were able to maintain a connection between New York and Pointe-à-Pître as this route is crucial for the development of our archipelago, said Alain Bièvre, Chairman of the Board of Guadeloupe Pôle Caraibe Airport. “We are convinced that American travelers will leave the Guadeloupe Islands with lifetime memories and come back again and again. So, we would like to wish the warmest Bienvenue to JetBlue!”

“Guyana service introduces a diverse and underserved destination to the JetBlue route map which will benefit both leisure travelers, as well as those visiting friends and relatives,” said Andrea Lusso, director route planning. “Just as we’ve done in our South American markets in Colombia, Ecuador and Peru, we’re introducing a new, low fare high-quality choice to travelers in Guyana.”

“The Government of Guyana is delighted to welcome the services of JetBlue to Guyana,” said, David Patterson, Guyana’s Minister of Public Infrastructure. “The introduction of this immensely popular low cost carrier will see lower ticket prices to Georgetown and provide travelers with an opportunity to fly on an airline of choice to their favorite destination. This agreement with JetBlue is timely and comes on the heels of continued and sustainable growth in several sectors of our economy, including, service, tourism, mining and oil and gas.”

Due to recent oil finds by ExxonMobil, Guyana’s economy is projected to grow up to 86% this year, and the country is already experiencing frenetic activity in the petroleum sector and supporting industries.

In a statement regarding connectivity with Cuba, JetBlue said the following:

“Nearly three and a half years after becoming the first airline to operate commercial service between the U.S. and Cuba in more than 50 years, JetBlue remains committed to serving Cuba via Havana’s José Martí International Airport (HAV). At the same time, changes to the regulatory landscape have affected travel trends to the island. To best meet current demand JetBlue will adjust schedules to maintain up to three daily flights to Havana from Fort Lauderdale and revise to once weekly service on Saturdays from New York-JFK. Through these gateway cities, JetBlue will continue to offer travelers convenient nonstop and connecting options to Cuba from across the airline’s network.”

Above photo: With their Mint premium class offering, JetBlue seeks to stake out a position between Ultra Low Cost Carriers and the legacy airlines.