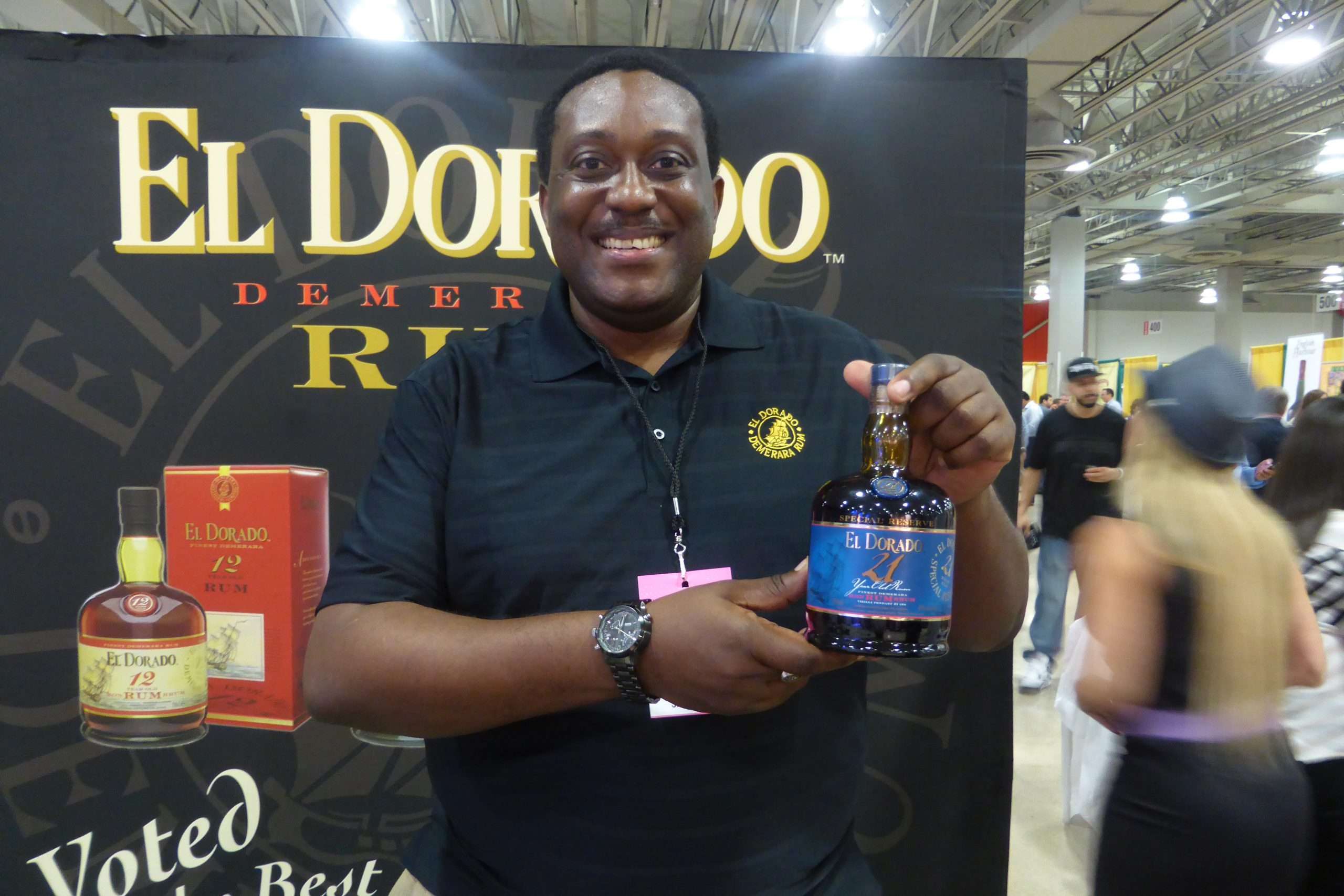 The 2014 Rum XP International Tasting Competition was held during the Rum Renaissance Festival in Miami from April 22 to 25, judging the best in sugar cane distilled spirits from around the world. The Rum Renaissance Festival is one of the premier events in the liquor industry, catering to the spirits trade and connoisseurs alike. This year’s event had distillers showcasing their product from as far away as Madagascar & Mauritius, but the preponderance of product presented was from rum’s traditional home of the Caribbean basin.

Twelve members of the International Rum Expert Panel and 12 guest judges participated in six tasting sessions of 17 categories of rums, with 133 of the finest rums in the world presented for evaluation this year. RumXP judges were sequestered in a tasting room for three days on blind tasting trials. All rums were grouped and judged in categories according to their style.

This year’s best in Class for the 19-21 year old aged rum category was Guyana’s El Dorado 21 Demerara Rum. The South American rum goes through a unique process, distilled in steam-fired wooden stills, made from the very dark wood of the tropical lignum vitae tree (Guayacán), famous for having perhaps the hardest wood of any tree on earth.

“The climate, the topography, everything supports a very rich and unique chemical composition, and of course that benefits the rum production that comes from the molasses, so we’re glad to be in Demerara River country because the native wild yeast species that become part of our fermentation give us such a wonderful brew to distill and makes such wonderful distilling possibilities,” explained El Dorado distiller Shaun Caleb in a conversation with me. “We also have a very steep heritage, and because of that we own up to 12 different kind of rum stills on our property from double wooden pot-stills, single wooden pot stills, wooden continuous stills, which are the only ones that you’ll find in anywhere in the world so because of that versatility we’re able to distill different types of rum, ranging from very heavy to very light body rums with coconut, chocolaty, creamy flavors, and medium bodied rums like fruity flavors.”

Added Caleb: “Now all of this versatility means that when we are going to blend El Dorado rum, the possibilities become immense because we can combine flavors to mimic of the characteristics of other types of spirits but still maintain that scent of the Demerara country, all because of our distilling philosophy, which is to make a rum that has a full flavor profile and that flavor profile when blended to make the respective products in El Dorado’s range resolves in an unique product but also part of the consistency from the 12, 15 and 21 year product.”

2014 RumXP Best in Class and Gold Medal winners include:

Caleb went on to elaborate more about El Dorado’s unique wood-based distillation process. “We have an almost 300 year old double wooden pot still actually heated by steam, but because it’s wooden all through, the top is the same, the bottom is made out of wood, that enables a lot of woody reaction. Efficiency can be a little bit of a problem sometimes as you can expect, but for us the quality to impart in that heavy woody kind of rum really can’t be repeated in any other kind of still. So there is the wooden double-pot still, the single wooden pot still, and the wooden continuous still all of which make a variety of rums covering medium to heavy body—all of them have Demerara’s unique woody characteristics.”

The 2015 Miami Rum Renaissance Festival will be held April 17 to 19, 2015, at the DoubleTree Miami Airport Convention Center.