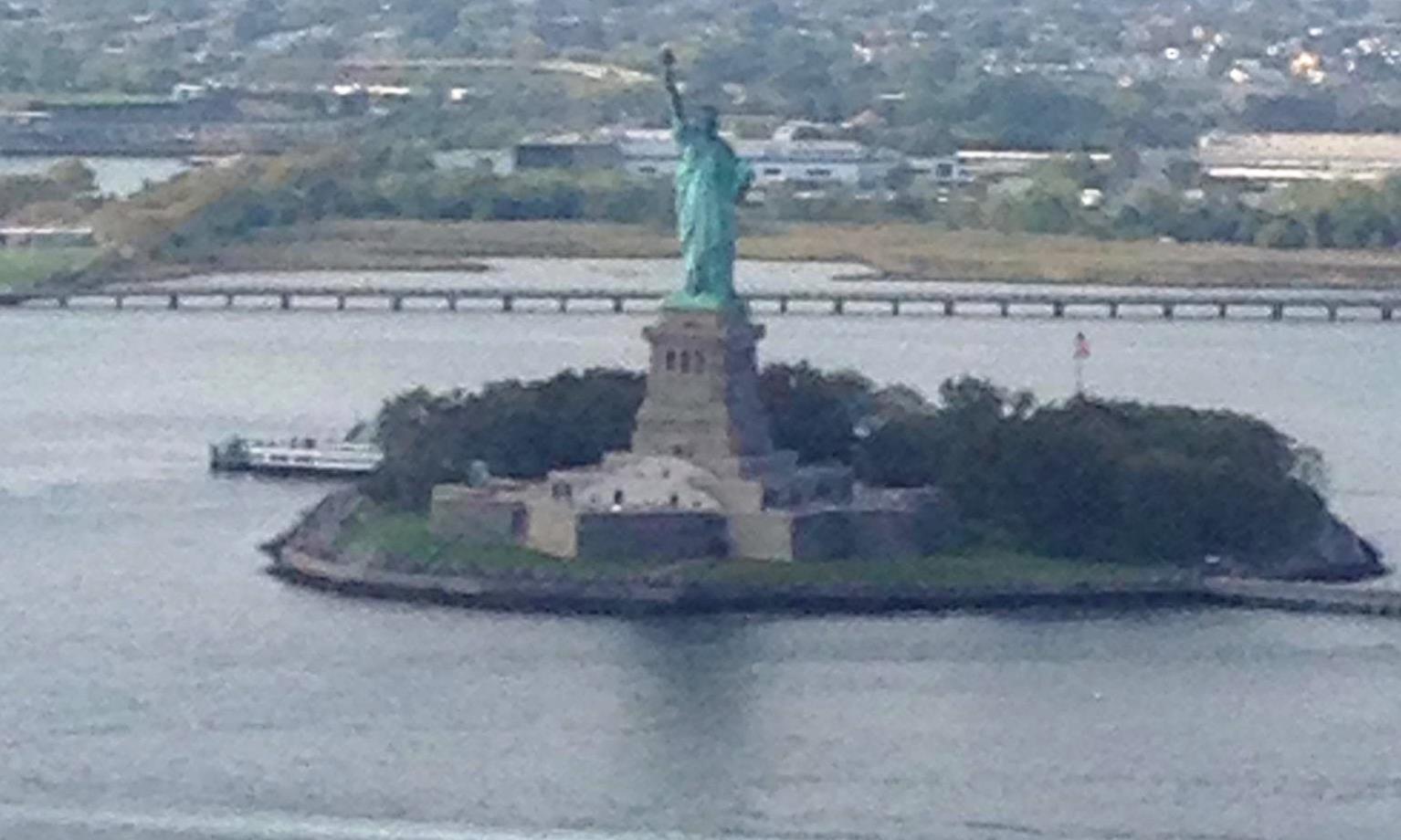 I am re-publishing this important piece under the Creative Commons Attribution-NonCommercial-ShareAlike 4.0 International License generously shared by my favorite think-tank, The Cato Institute. If you don’t follow them closely already, you really should.

It is immensely stupid to block highly skilled and talented professionals from immigrating to your country, wherever and whoever you are. There are two basic reasons for this that should be obvious even to a child. Sadly, some of our politicians seem to have the intellectual development of a young child, but that’s our fault.

Above are my words. Now I share with you the original piece, by Alex Nowrasteh, the director of immigration studies at the Cato Institute’s Center for Global Liberty and Prosperity…

The Trump Administration is reportedly working on an executive order to ban the issuance of new H-1B visas. His order is expected to be issued before the end of this month. His order would be quite a negative blow to the U.S. economy and hit American economic innovation the hardest. The H-1B visa system has problems: It’s unreasonably costly to change firms, workers are restrained from starting their own firms, and the wait times to adjust their status to a green card are absurdly long. Complete H-1B worker portability between firms, allowing workers to sponsor themselves if they start a firm, and reducing the backlog, as well as other reforms, need to be implemented. But ending the H-1B visa is not the way forward and will hurt American innovation especially.

H-1B visas are for highly skilled workers in specialty occupations. They have to make a minimum of $60,000 a year. Annually, 85,000 are available to U.S. firms with an additional uncapped number available for non-profit research institutions, universities, and governments. Many workers who get an H-1B visa start as students in an American university, adjust to an H-1B visa, and eventually earn an employment-based green card – but often with obscenely long waits. H-1B workers primarily labor in STEM and computer occupations.

H-1B workers have an especially big impact on American innovation. New technology and knowledge allow for more efficient machines and production processes that increase nationwide productivity. Highly skilled migrants on H-1B visa, as well as those on other visas and green cards, directly increase the production of knowledge through patents, innovation, and entrepreneurship. These effects are localized and diffuse throughout the country.

Economist Charles I. Jones found that the increase in the share of scientists and engineers in the U.S. workforce can explain about half of U.S. growth in total factor productivity in recent decades. Jones didn’t look specifically at the foreign-born contribution, but his general finding is applicable Across the economy, economists Sari Pekkala Kerr, William Kerr, Çağlar Özden, and Christopher Parsons find that highly-skilled immigrants directly boost innovation and productivity while displacing very few native-born innovators and highly skilled workers. Since the flow of innovation is largely constrained by the supply of talented scientists, engineers, and technicians, an increase in highly-skilled immigration would relax this constraint on innovation and allow for additional productivity growth. Chapter Six of the National Academies of Sciences report on immigration dug into this in more detail. That also means that a decline in the number of highly-skilled immigrants would subsequently reduce innovation and productivity growth.

These productivity enhancements show up in some unexpected places. Particularly important, since many of us are working at home during the COVID-19 pandemic, is that Indian information technology (IT) workers on the H-1B visa increased the wages of American workers by $431 million in 2010. Better IT at a lower price allows American firms to become more productive by, for example, allowing people to work from home. Imagine where the economy would be if IT services were more expensive and scarcer. H-1B visa workers inside of accounting firms also increased the wages of native-born American workers with the same job title in those firms, likely resulting from increased complementarity and division of labor that is possible from more H-1B workers.

Highly-skilled immigrants like H-1B workers primarily increase productivity through boosting innovation, the number of patents, and business startups. It is difficult to measure productivity-enhancing innovations directly, but patenting rates are a decent proxy as they are associated with higher productivity at the country and sectoral levels.

In the United States since 1976, citizens of foreign countries have filed 25 percent to 30 percent of patents. Immigrants patent at double the rate of native-born Americans because they are more likely to hold science and engineering degrees. Using a 1940-2000 state panel, economists Jennifer Hunt and Marjolaine Gauthier-Loiselle found that a 1 percentage point increase in the population share of immigrant college graduates boosted patents per capita by 9 to 18 percent. Immigrant college graduates were thus responsible for a nationwide per capita increase in patenting by 12 percent to 21 percent at a time when the total number of patents per capita rose by 63 percent. In other words, about a fifth of new patents during that 60-year period was due to the increase in the immigrant college graduate share of the population. That period of time overlaps with Jones’ work on the role of skilled workers in boosting American productivity.

You want to ATTRACT SMART PEOPLE, not ban them!

These findings are also mirrored on the local level since different areas of the United States attract different numbers of skilled immigrants. Economists Ethan Lewis and Giovanni Peri find that immigrants boost the productivity of native-born Americans on the local level when their skills differ from those of native-born Americans. Immigrants who work in science, technology, engineering, or mathematics (STEM) occupations are particularly productive in their fields, but they usually don’t have the managerial or English-language skills to move up in firm hierarchies – at least initially. Americans’ comparative advantage may be management. Skilled immigrants allow native-born STEM workers to move into more supervisory, managerial, and interactive occupations that require English-language communication and management skills. Beyond management in firms, the differences in H-1B and native-born American skills is also reflected in mathematical departments inside of American universities where they specialize in different fields of research, but with likely more displacement of native-born American mathematicians from academic jobs and publications in top journals due to the relatively fixed number of jobs and journal space in that particular academic field.

However, highly skilled immigrants might choose to settle in areas where there is already growing productivity. Thus, they may not be the drivers of local productivity growth and their movement to new areas may be another result of it rather than a cause. Economists Giovanni Peri, Kevin Shih, and Chad Sparber use an instrumental variable strategy to overcome this problem. They find that a “1 percentage point increase in the foreign STEM share of a city’s total employment increased the wage growth of native college educated labor by about 7–8 percentage points and the wage growth of non-college-educated natives by 3–4 percentage points.” Specifically, the inflow of H-1B workers to 219 American cities from 1990 to 2010 explains 30 percent to 50 percent of the aggregate nationwide productivity growth during that time as well as 4 percent to 8 percent of the skills-biased technological change. Again, their findings are not too different from what Jones found.

Economists William Kerr and William Lincoln find that firms that employ many H-1B workers file more patents. Specifically, a 10 percent increase in H-1B admissions is associated with 3 percent higher growth in patenting rates for H-1B dependent firms. Their results are driven by more Indian and Chinese workers on the H-1B visa who comprise about three-fourths of all new initial H-1B visas issued in recent years. The share of American patents awarded to U.S.-based inventors with Chinese and Indian names equaled 12 percent of the total in 2004, much in excess of their percentage of the population. Across American states, increases in foreign science Ph.D. density are associated with greater increases in patent counts than the density of domestic science Ph.Ds.The quality of patents filed by highly-skilled immigrants is also higher. The untimely deaths of immigrant co-inventors lowers the productivity of their still-living co-inventors by approximately 26 percent. Meanwhile, the death of a U.S.-born inventor lowers the productivity of his remaining co-inventor by about 10 percent.

A paper by economists Shair Berstein, Rebecca Diamond, Timothy McQuade, and Beatriz Pousada delved into this topic more thoroughly by linking actual patents with their actual inventors. Their research shows that, over the course of their careers, immigrants file more patents, have more patent citations, and their patents have a higher economic value than those filed by native-born Americans. For example, 16 percent of all U.S.-based inventors from 1976-2012 have been immigrants who came to the United States when they were at least 20 years old. They produced about 23 percent of all patents during that time, which is more than a 40 percent above their relative to their share of the U.S.-based inventor population. Furthermore, about 24 percent of immigrant patents were more frequently cited in future patents, which is an indicator of their high market value. Finally, using stock market reactions to patents, they found that immigrant inventors generated 25 percent of the aggregate economic value created by patents produced by publicly traded companies. That is an extraordinarily large contribution relative to their size of the population.

Highly-skilled immigrants disproportionately patent because they are more likely to choose STEM careers, they tend to be younger, they choose college majors related to technical and scientific skills, they are more likely to live in “innovation hubs” where there are higher rates of patenting overall, and they are more likely to incorporate foreign technologies into their patents. There might be other reasons as well, such as more drive or ambition, but we can’t measure those as easily.These patenting advantages only hold for immigrants who come to the United States as students, on employment-based green cards, and the H-1B visa.

H-1B visa holders from China and India account for a significant share of growth in American science and technology employment, but don’t crowd out native-born employment in these occupations. Many of the skilled immigrants who contribute most to the U.S. economy do so as green card holders or American citizens, but they frequently got their start here as students and workers on the H-1B visa. Some of the research above combines them all into one mass of foreign skilled workers while some specifically separates H-1B workers. The American employment-based green card system is designed to move workers there from the H-1B visa system. Killing the H-1B visa system will, with some years delay, eventually shrink the green card system for skilled workers while decreasing the number of skilled workers in the United States overall or at least diminishing its growth. Thus, halting the H-1B visa system will do enormous harm to the portion of our immigration system most like the merit-based system supported by President Trump in healthier times. For the sake of American innovation, don’t close the H-1B visa.