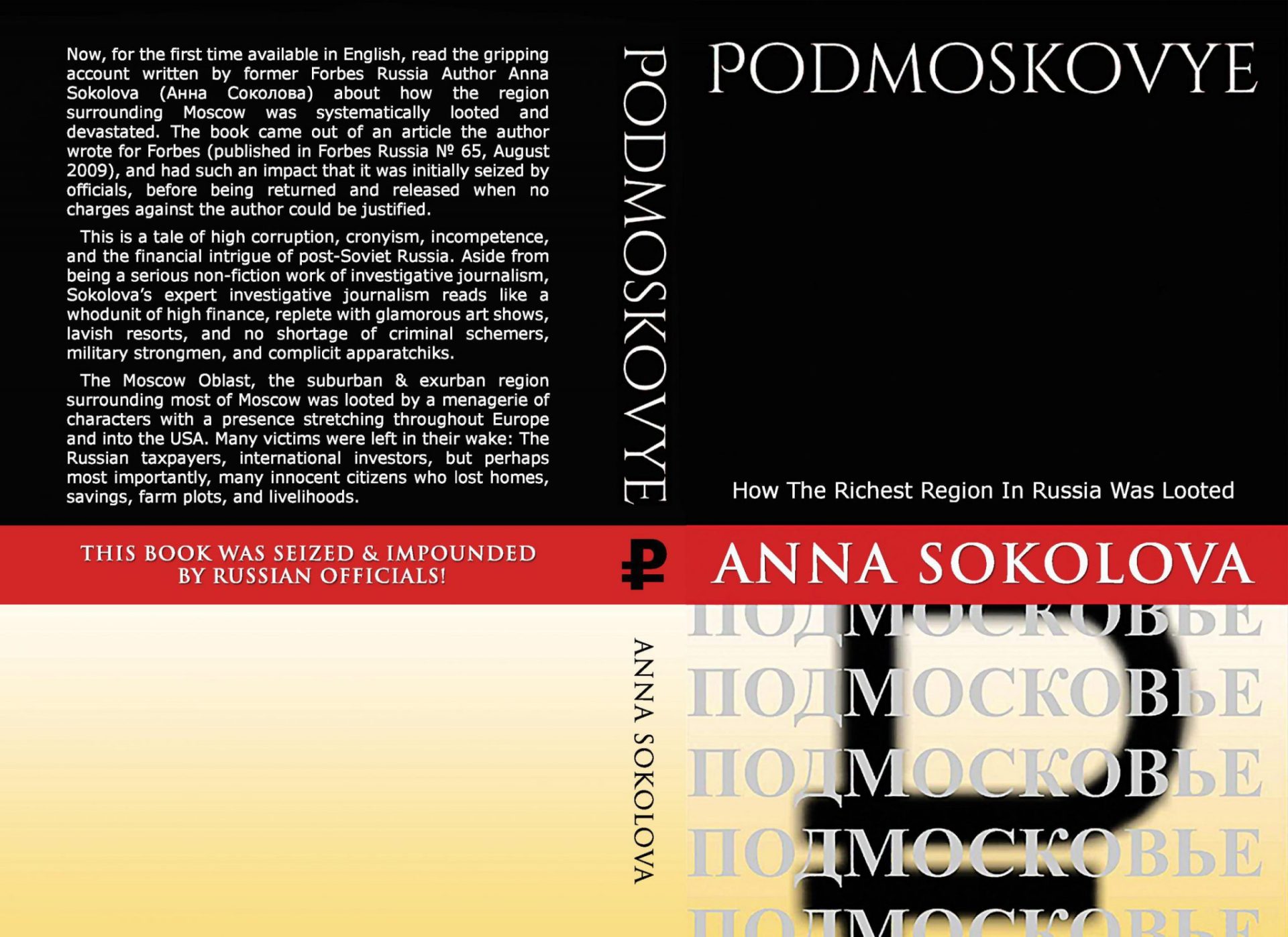 THIS BOOK WAS SEIZED & IMPOUNDED BY RUSSIAN OFFICIALS! Now, for the first time available in English, read the gripping account written by former Forbes Russia Author Anna Sokolova about how the region surrounding Moscow was systematically looted and devastated. The book came out of an article the author wrote for Forbes (published in Forbes Russia # 65, August 2009), and had such an impact that it was initially seized by officials, before being returned and released when no charges against the author could be justified.

This is a tale of high corruption, cronyism, incompetence, and the financial intrigue of post-Soviet Russia. Aside from being a serious non-fiction work of investigative journalism, Sokolova’s expert investigative journalism reads like a whodunit of high finance, replete with glamorous art shows, lavish resorts, and no shortage of criminal schemers, military strongmen, and complicit apparatchiks. The Moscow Oblast, the suburban & exurban region surrounding most of Moscow was looted by a menagerie of characters with a presence stretching throughout Europe and into the USA. Many victims were left in their wake: The Russian taxpayers, international investors, but perhaps most importantly, many innocent citizens who lost homes, savings, farm plots, and livelihoods.

Click here to purchase now in Paperback or Kindle Edition, or order through your local bookstore.