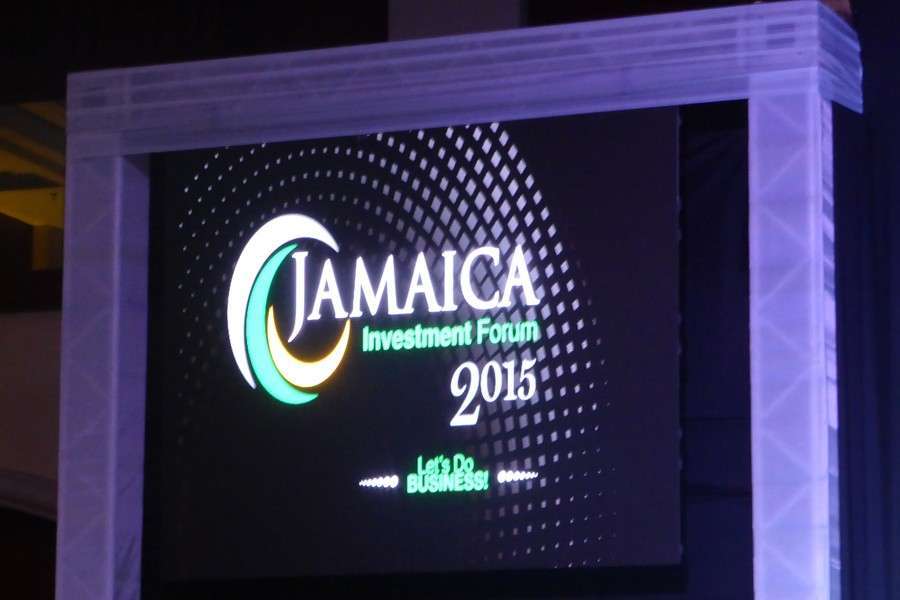 Three years ago, Jamaica was in crisis. About to default on its sovereign debt, Jamaica was called by some “The Caribbean’s Greece.” $19 billion (USD) in debt does not sound like a lot from a large country, there are a few individuals on the planet who could pay that amount and not even suffer a crimp in lifestyle. But for a small country of 2.7 million with a per capita GDP of $5,289 (USD) per year, a debt load of $6,900 is crushing. Years of borrowing and spending caused the debt to accumulate, especially since the 1980s.

Fast forward just 36 months later. Jamaica still has tremendous obstacles to overcome, but the country seems to be making great strides towards getting its economic house in order. “We are on the path to fiscal stability and now growth. We have passed 7 IMF tests and now we are in agreement with the IMF for an extended fund facility. They have quite a strict, and harsh program of austerity. Well, the government has stuck to it,” Diane Edwards, president of JAMPRO, Jamaica’s investment promotion authority told me during a recent visit.

The country voted out the old Labour Party government, and the new government, belonging to Jamaica’s PNP (People’s National Party) has so far successfully held together cooperation from the labor unions, business community, and government workers, while complying with the necessary austerity-focused structural adjustments in the economy that were necessary in order for them to receive an IMF bailout. So far, the country has met all the IMF requirements to date, and is more than halfway through a 4-year financial plan agreed to with the multinational agency.

Inflation is projected at between 5 and 7% for 2015, even in the face of a strengthening US dollar. According to the Planning Institute of Jamaica, 68% of Jamaica’s trade is with the United States. The agricultural sector has been affected by a drought, but overall the economy is projected to grow at around 2% this year.

Jamaica has other serious challenges. In order to compete globally and even regionally in the financial services and ICT sectors, Jamaica is going to have to up its education game. Primary school graduation rates, according to UNESCO, are at 73%. The crime rate is falling, but still very high, with the sixth highest homicide rate in the world. One of my trusted sources wondered to me during US President Obama’s recent visit, what they had done with all the homeless people on the streets of Kingston. The best she could guess is that the government rounded them up and hauled them off somewhere while the cameras were rolling.

While unemployment is at a problematic 13%, it is still much better than many European countries, and the government has taken steps to expand beyond the island’s traditional exports of bauxite aluminum ore, agricultural products, and its much larger and more famous tourism industry, which still continues to prosper. Jamaica has a growing packaged foods export business, in addition to its traditional agriculture. Jamaican firms like Jamaica Producers Group and Grace Kennedy have made acquisitions in the US and other countries, and are growing sophisticated international distribution networks and supply chains.

As many other countries are doing, Jamaica is making a dedicated effort to grow a domestic knowledge economy. Native English speakers sharing a cultural affinity with the US, Great Britain, and neighboring Caribbean nations, Jamaica has some natural advantages that it can exploit, if it can manage to bring up the level of education in the younger portion of the workforce, and those who will soon be entering.

“You definitely are going to have an explosion in the range of work we are doing,” Edwards told me. “We graduate a lot of lawyers, so we’re going to go after legal processing and medical outsourcing as well, because we do produce a lot of nurses and we have very strong tertiary education in the whole medical technology field. What we are trying to do is tailor the types of jobs we can do to the types of talent we are educating.”

Jamaica has several free zones that host global and regional BPO players, such as Convergys, ADS and iTel, as well as back office and customer support for firms such as Vistaprint and Scotiabank, Vistaprint has bet heavily on Jamaica owning, rather than leasing its operations centers in Montego Bay. To grow and diversify the island economy, the government has 6 target sectors that enjoy special promotion and incentives for investment.

At the recently held Jamaica Investment Forum in Montego Bay, I was one of 137 foreign visitors to the island to get a first hand view of where the country stood post-crisis. I made it a point to arrive a day early, and on the other side of the island In Kingston, to see things for myself. Crossing the interior, going through the towns of Portmore and Mandeville, it was obvious that Jamaica has lots of potential, but also that it has lots of room for development and improvement. The BPO giant Sutherland Global is expanding into Mandeville, a small city in the country’s interior, adding to the more than 17,000 Jamaicans working in the ICT/BPO sector, according to Prime Minister Portia Simpson Miller.

“You would also know that our fiscal discipline has won the approval of the Big Three international credit rating agencies: Standard and Poors, Moody’s and Fitch,” added the prime minister during her address to the event. “In 2011, foreign direct investment inflows into Jamaica had fallen dangerously low to US $211 million dollars on account of the global recession. By 2013, FDI inflows into the island had more than doubled to US$561 million dollars. As we continue our upward movement in this regard, I say to you, there is room for more investment in our economy.”

No doubt Jamaica has challenges, and though it may have a long road ahead, apparently the island is headed in the right direction. Time will tell.