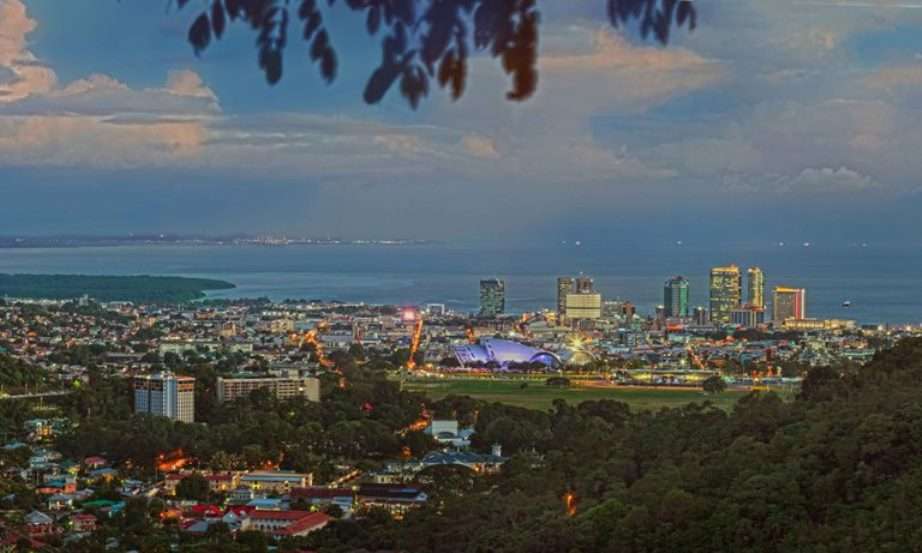 That is no longer always the case. Kazakhstan and Guyana launch rockets into space carrying satellites from Mexico and Colombia. As nontraditional markets and developing economies continue to grow, the demand for services has shifted from the traditional paradigm of southern countries like India providing services to northern countries in Europe and North America, into a more complex, peer to peer structure. Globalization means that services can now be delivered from anywhere, and offered to anyone.

The Caribbean is illustrative of this. Islands in the Greater Antilles traditionally had mining and tourism based industries, but are now are top call center destinations. The twin-island country of Trinidad and Tobago is a great example of the next wave of human talent primed for the knowledge economy. Trinidad and Tobago has historically built its extremely successful economy on petroleum and natural gas, but unbeknownst to many, is now a world class source of financial, accounting, and technology talent.

Trinidad and Tobago has long had one of the most developed economies and highest living standards in the region, thanks to its success and wealth in the oil business. Also contributing is their globally known tourism featuring their world-class Carnival, Soca Music, and Indian influenced cuisine. What many people still are not aware of is that due to a consensus among all political sectors, and in general society, Trinidad and Tobago made a strategic decision some time ago to diversify its economy and move up the value chain to best be prepared for the globalized future. The country has gained accolades for its success in this area. A World Bank Group flagship report, “Doing Business 2015: Going Beyond Efficiency” cited Trinidad and Tobago as “one of the ten economies improving the most across three or more areas” compared to 2013 & 2014.

So, what did they do? They started with, as a base, their success in petroleum, and duplicated the model that the government used to develop that industry. In petroleum, Trinidad and Tobago educated its citizens so that they were not just the laborers on the oil and gas rigs, but the engineers, pilots, geologists, and scientists who ran the business. For IT, finance, and accounting, Trinidad and Tobago has done the same: Trinidad and Tobago has invested in ensuring that the quality of its primary and university education is world class. This has resulted in the highest Human Development Index rating of any Caribbean country, a literacy rate of 98.6 percent, and an astounding almost 60 percent university participation rate.

How did Trinidad and Tobago achieve this? They started early by providing each secondary school student with a laptop, software, and support for use in education through their “eConnect and Learn Programme.” They invested in ensuring that the quality of the education in Trinidad and Tobago’s 48 universities is at a world class level. Evidence of this is the large number of educational opportunities that are recognized by the Association of Chartered Certified Accountants (ACCA), which has made Trinidad and Tobago a country with one of the largest quantities of Chartered Accountants in the world, relative to its population. A key point of consideration is that ACCA recognized accountants are already competent in International Financial Reporting Standards (IFRS) and don’t require additional training to function in global finance.

Not content to stop there, Trinidad and Tobago has made university education through the undergraduate university level free, and graduate degrees such as Masters and Doctorates are subsidized by the government at 50%, as they work towards their goal to create a knowledge centered economy. This has presented the island nation with a very interesting challenge, and a “good problem” to have. The workforce is so educated and talented that their capabilities exceed the availability of professional career opportunities. This has led to the challenge of “underemployment” as the economy moves to diversify from relying overwhelmingly on the petroleum sector. While some companies, like Scotiabank, The Royal Bank of Canada, and Citibank have recognized this and moved to take advantage of Trinidad and Tobago’s under-tapped talent, it still remains a “best kept secret” in many sectors. This despite the fact that Trinidad does not face the tight professional labor market and rising energy and business costs of Costa Rica, or the lack of postgraduate level talent in places like Jamaica or the Dominican Republic.

This workforce, in a country of almost 2 million, is highly educated, but just as importantly, highly motivated, and with graduates eager to take an opportunity in their chosen field. This makes Trinidad and Tobago an obvious venue for those enterprises looking for the ideal location for back-office operations, shared services, and even contact centers. In addition to chartered accountants, and other finance professionals that make Trinidad and Tobago a prime location for Finance and Accounting Outsourcing (FAO) and shared services work, Trinidad and Tobago is also an excellent location for the rapidly growing Legal Services Outsourcing (LSO) field. Trinidad and Tobago is a country that governs using the English Common Law System, so training is compatible with the United States, Caribbean, and British Commonwealth Countries’ needs. The high number of law school graduates far outstrips the local demand for lawyers, meaning that a ready and willing corps of young lawyers and paralegals are available to do the heavy lifting for offshore law firms and corporations.

Energy costs are low, due to the country’s abundant natural resources, and the infrastructure is modern. Electricity is 3 cents (US) per kilowatt hour, compared to 35 cents per hour in Barbados, 38 cents per hour in Antigua/Barbuda, and the World Bank’s 2012 Doing Business Report places Trinidad and Tobago in the top 25 out of 183 countries for ease of access to electrical power. There is a competitive telecommunications environment, and a $40 million (USD) Tier 3, carrier neutral data center is underway.

Trinidad and Tobago is a country with a stable government, social harmony, and an attractive lifestyle for both “Trinis” –as citizens call themselves, and expats. English is the primary language spoken, with a considerable population fluent in Spanish as a second language, due to the country being in many ways, a bridge between Spanish-speaking South America, and the mostly English-speaking Caribbean. A founding member of CARICOM, the Caribbean Community supranational organization, the country has strong and friendly relationships with its neighbors.

Besides the abundance of talent and human capital, Trinidad and Tobago offers the nearshore advantage for outsourcing and shared services with multiple direct flights in and out of European, North American, Latin American, and Caribbean transportation hubs. Unlike offshore outsourcing or shared services options, site visits take a matter of a few hours instead of a few days.

As a Caribbean nation, the time zones are aligned with the United States and Canada, fostering easy communication between American and European colleagues, headquarters, and peer offices. No longer must teams take late night or pre-dawn calls, or stay in the office after-hours to collaborate.

One of the best reasons to consider Trinidad and Tobago as a financial shared services or outsourcing option is the business friendly government, and value added services offered by the country’s investment agency, Trinidad and Tobago IFC, and their FINESS (Financial Institutions Support Services) offering to encourage investment in the finance and accounting sector. These initiatives have enjoyed consistent and long term backing from the parliament, irrespective of government administration, offering investors and operators the assurance of stability, consistency, and a pro-business atmosphere.

Trinidad and Tobago’s International Financial Centre provides a myriad of services to operations wishing to expand into the country, from help with site selection and business case justification, to working with the national responsive parliament when necessary to consider legislation that might be necessary to accommodate new business realities. The TTIFC also works to help enterprises avail themselves of the tax incentives and investment benefits that have been established to encourage foreign investment in the services and high-tech sector.

What does all this mean? While there are much bigger neighbors, Trinidad and Tobago is an often-overlooked contender that deserves more attention. The World Economic Forum has classified Trinidad and Tobago as an “Innovation Driven Economy,” The only country in Latin America or The Caribbean to achieve this designation. That places them ahead of Brazil, Mexico and Chile, and puts them in the same class as Germany, Canada, Norway, and Singapore.

Based on the definition of the World Economic Forum, this means that Trinidad and Tobago:

In summary, Trinidad and Tobago is a country that is large enough to provide an ample, capable professional services workforce, while being small enough to be responsive and adaptive to the needs of companies looking to expand. The talent is unmatched, with an ample supply of chartered accountants, and a worthy corps of legal and IT professionals to support high tech banking and finance work.

According to the Inter-American Development Bank (IDB) Tholons Report “Exploring Opportunities in the Global IT Services Market,” Trinidad and Tobago has one of the highest concentrations of tertiary level graduates in the Latin American & Caribbean (LAC) region, annually churning out about 531 higher education institutes (HEI’s) graduates per 100,000 people.

Free education through the undergraduate university level and universities open to cooperation with the business sector to tailor education to employer needs means that employers need not worry about the talent well running dry. A business-friendly government that is actively seeking foreign direct investment in its employment sector, is willing to do anything reasonable that is necessary to win deals, and the top-tier quality of life makes Trinidad and Tobago an attractive destination, where expat managers and visiting colleagues won’t be clamoring to leave.

Any company that does not consider Trinidad and Tobago for BPO (Business Process Outsourcing) or Shared Services—especially in the financial services sector, simply has not conducted thorough due diligence.