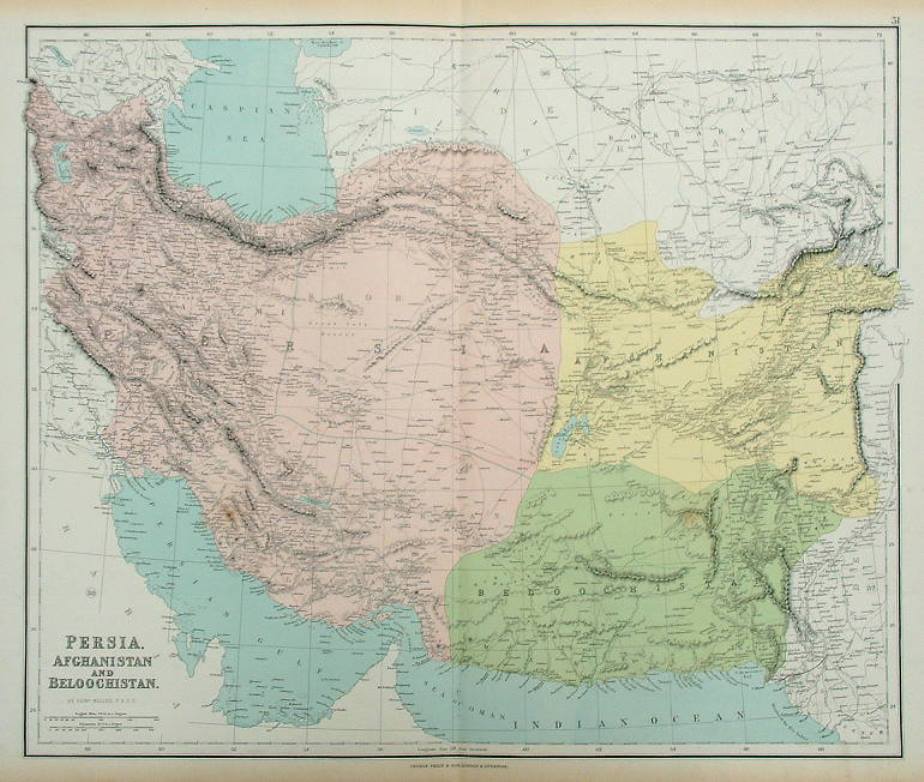 As you know US President Donald Trump just blew up Iran’s top general of its Quds force, Qasem Soleimani. My intention isn’t to share my opinion on Donald Trump or the Ayatollah or what should or should not have been done, but rather to address what to me is maybe my single favorite question of all time:

“And then what happens?”

Aside from your role as a citizen on this planet and a participant in humanity, you have a responsibility as an executive to be several moves ahead on the chessboard, so to speak. What happens next? Who wins & who loses?

I see (and maybe you disagree, so feel free to reply and tell me where I’m wrong) three potential near to mid-term outcomes. Of course, on a human level, conflict is good for nobody, so please understand my discussion of economic and political winners and losers.

I will say this: Iran’s government was deeply unpopular domestically, with months of unrest, riots and internal conflict. As human nature is to “rally around the flag,” the strike on Soleimani may have provided a tremendous lifeline to Iran’s government. Think about US President Roosevelt’s popularity before and after Japan’s attack on Pearl Harbor.

I can picture 3 scenarios:

Remember, the philosopher Karl Popper tells us “optimism is a duty” so I am glad to say I see this as the least likely, though still plausible course of events. 40% of the world’s oil flows through the Straits of Hormuz between Iran and the United Arab Emirates. Iran has military proxies (local militia aligned with and supported by Iran) throughout the region, in Syria, Lebanon, and Iraq; after all, the US airstrike against Iran’s general Soleimani took place in Iraq.

Even a hot war with Iran would probably not be traditional with armies massed against one another, but rather Iran attacking US regional assets such as military bases via proxy armies, and the US attacking Iranian assets through the air and in the Persian Gulf. Neither country really gains anything in this scenario, and it would be very costly to execute in both blood and treasure.

This is what I see as the most likely scenario, and what we seem to have now. Soleimani and Iran was already active covertly against the United States, and vice-versa. Iran will continue to work against US interests and allies, but via proxy forces. Iran has harassed shipping in the Straits of Hormuz and may escalate such activities, especially if sanctions do considerable economic damage.

Though President Trump ran on a campaign platform of bringing troops home from Iraq and Afghanistan, this now seems very remote, though support in Iraq for a US presence has evaporated. Iran was the traditional enemy of Iraq, but they seem to have already won the public relations war for “hearts & minds” on the Iraqi street, as evidenced by Iraq’s vote to expel US forces from the country. Iranian missiles hit the Ain al Assad air base in Iraq two days ago, which houses US troops.

Iran and the US seemed to have been at a détente at the end of the Obama administration, after Iran agreed to a nuclear disarmament deal, though the countries were by no means friendly. This must be taken into context, realizing that US allies Saudi Arabia and the Sunni Muslim gulf states are enemies of Iran, and fighting a proxy war with Iran in Yemen. US ally Israel also considers Iran an existential threat, though it has commercial relations with Saudi Arabia at the government level. A stable, prosperous Iran is not necessarily in the interest of the Saudis, the Gulf States, or Israel, and these governments seem to have considerable influence on the current administration in the White House.

This analyst sees de-escalation unlikely as long as the current regime is in place in Iran (and it has been since the 1979 revolution), Syria remains in civil war (it has been since 2011) as a proxy for every state actor from the US to Russia, Turkey, Iran and even Israel, and US troops remain on the ground in the area (they have been since 1991). Though this may very well be the most desirable outcome, it is I’m afraid, the least likely.

Win—Oil Producers: Countries like the Saudi / Gulf states would benefit economically from higher oil prices caused by any disruption in supply, though much of that oil would need to pass through the Straits of Hormuz, which would be a likely locus of any conflict. Kazakhstan and Latin American oil producers like Brazil, Mexico & Colombia would benefit economically from higher oil prices. Though the US & Canada are energy self-sufficient, consumer prices domestically are sensitive to global oil prices. One effect is that currently unprofitable oilfields in the US and Canada would once again be profitable.

Lose—European Union, UK: As oil importers, European countries would suffer from higher oil prices and possible disruptions in supply. Iranian attacks on UK or EU shipping could draw a military response from European countries. The UK has already been in naval confrontations with Iran in the region.

Win—Saudi Arabia, Gulf States: These countries are already fighting a proxy war with Iran in Yemen, so any conflict that further weakens their traditional antagonist benefits them in their regional geopolitical strategy.

Lose—Caribbean Countries, non-oil-producing LatAm countries: Though Trinidad & Tobago and Guyana would benefit from higher petroleum prices; most island countries must import petroleum and pay some of the highest prices in the world for energy and transportation fuel. A shock in energy prices could be economically devastating. Most island countries rely on petroleum for electricity generation and import gas for cooking. High fuel costs could also affect transportation prices for tourism; one of the region’s primary economic engines. Terrorist attacks, if any come out of this conflict, also have a substantial negative effect on cross-border tourism.

Terrestrial Latin American countries that are not oil exporters like those in Central America or Argentina will see negative economic effects, but not as drastic as the island states. A distraction of US political attention and economic/development support would also be negative for the region.

Win—China: While in the short term, China would suffer from higher petroleum import costs, a US weakened economically and politically by the costs of conflict benefits the interests of the Chinese communist regime. Not only is world attention directed away from China’s human rights issues, it would likely lead to a strengthened relationship with Iran who needs to sell its oil. An oil pipeline from Iran to China is not inconceivable in the longer term, though it would be contingent upon cooperation from either Pakistan or the former Soviet steppe countries of Tajikistan, Uzbekistan and Turkmenistan. A United States with resources tied up in a conflict with Iran means less resources available to challenge China in the Pacific.

Lose—Iraq: Any conflict between the US and Iran would almost certainly see Iraq as a battlefield. Not only would that be costly in human and property terms but would prevent any stability in the Iraqi government and could lead to a re-establishment of extremist groups like the Islamic State on Iraqi soil.

Lose—Pakistan: Iran’s neighbor has a complicated relationship with both the US and Iran. A conflict on its border would detract from stability in the country. Iran is positively viewed by the Pakistani public, so conflict could put pressure on the government with regards to its ties with the US and Europe. Pakistan already has a tense relationship with India, so can ill afford further isolation.

Win—Russia: Russia is already an active geopolitical opponent and proxy enemy of the US in the Middle East. Higher oil prices would provide an economic boost for Russia as a petroleum exporter, and disruptions in Gulf oil shipping would encourage China to source additional petroleum from neighboring Russia. Conflict supports a Kremlin objective of a strategically, economically and militarily spent United States.

Lose—India & Asia-Pacific minus China: Most Pacific countries such as The Philippines, South Korea, Japan & Australia see the US as a counterbalance in the Pacific to Chinese hegemony. India also sees China as a regional rival, rather than an ally. A tied up United States means a freer hand for China to achieve its regional objectives, such as domination of the South China Sea, or even absorption of Taiwan.

Lose—Both Iran and the United States: While the United States would certainly defeat Iran in an all-out conventional military confrontation, there is practically no conceivable positive outcome in such a confrontation. What would change geopolitically? It would be devastating economically and physically for Iran, but the regime would likely survive, and even if it did not, it would not be replaced by friends of the enemy country that just defeated it.

The US would spend blood and lives, go further into debt, and leave in a weakened position vis-à-vis its geopolitical rivals China and Russia. The region becomes less stable, not more, and that creates more opportunity for extremists such as the Islamic State, and other unpredictable conflicts such as Sunni-vs-Shiite, and more harassment of minority groups such as Kurds, Sufi, Zoroastrian, etc. Even a resounding defeat of Iran militarily doesn’t render much benefit to the US.

I’d like to hear what you think—especially if you disagree!